A letter from Larry Roslund aka Chief BirdBrain on the improvement of the Fallasburg village bazaar
Emma,
As I discussed with you at the show, the venue is a wonderful place to spend two days but only if there are customers there to look at the booths. Obviously, those customers are close by at the Arts Festival but were not enticed to come over to the Village. I sold $133.00 of items and a normal two-day show would be $500.00 to $1,000. 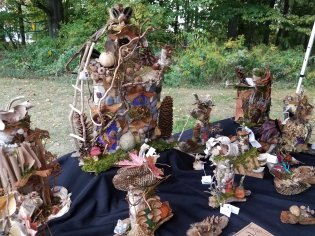 In talking to a number of customers who visited the Arts Festival, they commented on the lack of knowledge about the Village, did not know there were more booths across the bridge and in a few cases stated that they had driven by but there were not enough booths to entice them to stop.
The Arts Festival is a large, and expensive, gathering of mainly high-priced art. As a juried show many crafters do not make the cut to the final 100 vendors. It is a great draw but many people do not buy.
I believe there is a distinction that can be made that would allow a Village “Craft” Bazaar to be successful. 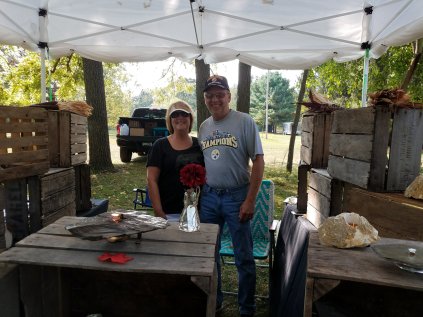 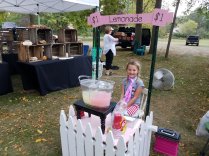 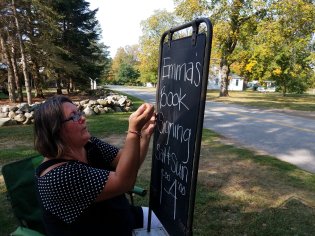 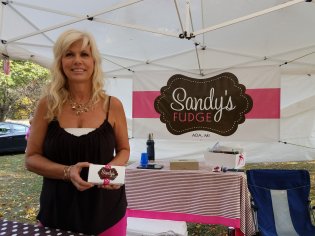 To do so, there must be “draws” that get people to drive over. Having the houses and museum open would be one, food vendors would help, maybe a Model T car show or even music or demonstrations.
I am not sure what your organization currently has within its membership but if not currently there then maybe some non-members can help. Better signage would also be needed. To be enticing, at least 25 craft booths will be needed. These should be hand-made items that are priced under $100.00.
The parking situation also needs to be more clearly defined and restrooms must be provided.
The vendors were also discussing a horse and buggy to bring people from the Arts Festival or golf carts. Maybe someone should be in the parking lot of the Arts Festival handing out brochures about the Village Craft Bazaar. Better signage is a must.
You need to play up the historical aspect of the Village since that appears to be what you are trying to preserve. The ball game seems to be trying to do that but there were no people watching and it was not publicized to the general public. The time of the game seemed to be early and there were no signs to direct people to it.
We discussed your Facebook postings but the vendors were not added to your Facebook page. This should happen automatically upon getting an application submitted. In addition, brochures should be available to be handed out at earlier craft shows to get the 25 plus that you need. I would be willing to help with that effort.
The Arts Festival is in its 42nd year, I am sure they had growing pains to get there. You have much more land to work with, a beautiful shady spot for vendors and can keep prices down to attract more vendors. All of that should make for a successful event.
Larry
Chief BirdBrain
BirdBrain Enterprizes
Note: Larry said he was coming back next year, much like the majority of the current vendors.

This site uses Akismet to reduce spam. Learn how your comment data is processed.